You know, that dew like water droplet condensation that appears on the counter top when you leave a warm piece of toast.

Condensation or ‘sweat’ is a natural occurrence caused by excess humidity or water vapor present in the air. When this water vapor comes in contact with a surface which is at a cooler temperature, the vapor turns to visible droplets of moisture. It’s a natural force (law) of physics simply expressing itself.

What are other examples of expression of natural law?

You can plant a watermelon seed and lo and behold natural law yields a watermelon. Note that natural law did not produce a cantaloupe. Why? Because within that tiny seed was all the information (blueprint) for natural law to express itself.

What are some other examples? Take an object. A pencil for example. We know that although the pencil appears to be solid, in reality it is composed of molecules – which in turn are made up of atoms. These atoms have a positively charged nucleus surrounded by a negatively charged electron, all spinning around and holding the pencil together, as well, a pencil. Pretty basic, huh? The atoms that make up this pencil are constantly organizing themselves so that very blueprint dictates its form as a pencil as opposed to say, a cup. You could say there is an intelligence (an organizing force) within the pencil. That’s what this Infinite Intelligence does for this little pencil.

We have an earth which rotates on it’s axis. It does so in an orderly fashion. So much – that you set your watch to it! We have an earth which rotates around the sun providing us with four seasons. (Note, never does the sun say to the earth – ‘you owe me’ ). It’s always the same sequence. Winter. Spring. Summer. Fall. (Note, we never have a year in which winter follows winter – although some in New England would disagree).

The sunrises and the sun sets. Tides go in, Tides go out. Never is a beat skipped. 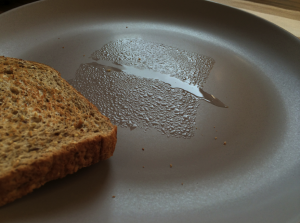 Is this all just utter chaos? Or does there seems to be some undergirding natural order and intelligence?

If this universal Intelligence is in all matter, actions, properties and potentials. Thus enabling the expression and evolution of it’s very existence. How does this relate to you and I. You and I, in fact all living things are a part of universal matter. Infinite intelligence as it expresses itself through all living things is Life. To better understand all this, let’s go back to the beginning. Before you were you. When you were just a twinkle in your parents eye.

When a new life is created, a sperm (one-half of the genetic blueprint) and egg (the other one-half) unite to form a zygote (one cell). The genetic code (blueprint) within this one tiny cell possesses all the ingredients necessary to form a human being with full potential. It is over and through this code that the most important factor – Life, that non-physical spark will work it’s magic illuminating that very code into expression.

If we were to go back even earlier – as the sperm enters the cervix, they are influenced by the presence or absence of an egg. If no egg is present, the sperm will just aimlessly swim around. But in the presence of an egg – they stream purposefully towards their destination. Already, we can see that this Infinite Intelligence (Life) is expressing itself.

This intelligence tells the zygote to divide. Two cells, then four, then eight, sixteen and on and on until we have what is called a mulberry mass (really just a bunch of cells brought together by an organized intelligence). Now the mystery of development occurs; differentiation and specialization of cells. These mulberry cells begin to specialize, certain cells becoming heart cells, others pancreas, still others eyelash cells. Differentiation indicates order and wisdom. This power within, unerringly and unceasingly knows exactly what to do, every time – as long as it is not misappropriated. At eighteen days a tiny heart begins beating. At week six, the skeletal system forms. At week seven, arm and leg ‘buds’ appear and on and on.

This intelligence demonstrates itself at breakfast. You eat cereal and oatmeal. The Wisdom within digests the food not only to give you energy for the day but it converts that foodstuff to the living, breathing cells and tiissue that will make up the cornea of your eye. Pretty neat, huh?

This is the power that your alphabioticist works with.