Humans have the latent ability to slide in and out of various states of consciousness. 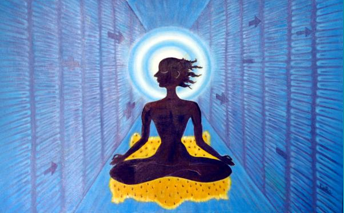 There are many ways to alter one’s state of consciousness (call it clarity, perspective) – through yoga, meditation, hypnosis, drugs and fasting.

Ken Kesey and the Merry Pranksters of the psychedelic movement of the 1960’s were prematurely anointed the messiah’s of consciousness expansion with LSD only loosing it’s luster with the advent of regulation.

Confirmation of our lust for even a slight (non-psychotropic) alteration in perception can be seen in the lines extending out the door each morning at Starbucks® and Dunkin Donuts® around the country.

Yet it is only through the identification of perceptual distortions and inversions are we allowed the luxury of authentic perspective.

By removing the limiting perceptions that prevent the experience of a ‘higher’ (subjectively better ) reality, we enter unique states of awareness and the propensity to move into these states effortlessly, say Dr. Neal Smookler.

What Smookler is describing is what Aldous Huxley referred to as The Doors of Perception.

The question then becomes how do we provide the means for the mind to access these ‘doors’?

The answer it seems is revealed in the enigmatic piezoelectric principle, a concept in physics that explains how mechanical energy is converted to electrical energy in crystalline materials. (Woldemar Voigt, Lehrbuch der Kristallphysik 1910.)

Jump from 1910 to 1997. Using The Mind Mirror ®, the research of Dr. Marc Van Craeyenest suggests that when a non-threatening sensory input is provided to the mind-brain system, it will first appear as piezoelectricity which originates deep within the crystalline structures of the brain system.

We know that this sensory compression immediately results in an electric potential or voltage which surges throughout the mind-brain system.

A methodology to access consciousness not by a random input, but by a specialized, deliberate and repeatable manual technique?

Even so, a basic question still hovers – how does the creation of an electrical voltage kick open the doors of perception?

It seems our brain possesses the hardware, the nervous system the software – that allows the mind to access these ‘doors’ and seamlessly stair step from outer to inner to super (consciousness) with a little assist from piezoelectricity.

Throw in a dash of élan vital, a pinch of vitalism and a way to facilitate it all and you have a recipe for enhanced consciousness.

When the cover story of the May 7, 2001 Newsweek is God And The Brain. How We’re Wired For Spirituality, we can be relatively certain societies yearning for mindfulness has hit the mainstream. A mainstream that has turned away from Timothy Leary’s conviction that primary consciousness must come from a colorful blotter.

Rather, it now appears, that primary consciousness emerges out of a more piezo-organic mystery. But there’s no need to flower up the mystery as it’s a mystery that works – an effortless way to access varied and beautiful state of clarity and awareness.

What would it be like to by-pass your perceptual filter?

Christian Opitz, a neurophysicist states … “As the piezoelectric waves collapse on themselves – ‘clear seeing’ emerges. In clear seeing the possibility to cultivate a truthful outlook on life is greatly enhanced, and instead of just making the nightmare of struggle a little nicer, we can begin to wake up from it and release into the freedom that is inherently ours.”