It’s the Sistine (not sixteenth) Chapel and Alphabiotic Method

There is an old story of a woman who meets Michelangelo and requests that he draws her portrait. 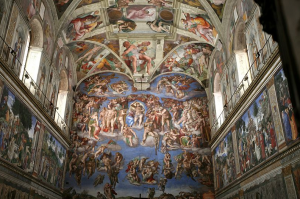