It’s an experience of something new. You either take to it with ease, jump right in and enjoy the ride, or you’re skeptical about every little nuance. That this is a first is open to debate, yet a way has been found to immediately shift consciousness to a subjectively better state.

There are many ways to alter one’s state of consciousness (call it clarity, perspective); through meditation, hypnosis, drugs and fasting. Whilst it is possible to perceive the ‘after-effects’ of having a powerful shift in consciousness; it is as yet impossible to know the cause.

The best explanation that can be offered at this time is that humans have the latent ability to enter unique states of awareness and the propensity to move into these higher states effortlessly, when conditions are ideal. How is it that a subtle shift in consciousness brings about such radical changes to one’s subjective experience?

I offer the following hypothesis, and some circumstantial evidence. The pineal reset is ‘deductive’ in nature. We are not giving you something, rather we are removing something. Specifically we are removing the perceptual road- blocks that prevent the experience of a slightly ‘higher’ reality, higher meaning subjectively better.

If you think about it, we don’t deal directly with the world, rather, we mainly ‘deal’ with our perceptions, beliefs and attitudes about the world and happily assume we’re correct.

What would it be like to by-pass your distorted perceptual filters? Radically night- and-day. But this concept is not unfamiliar or even unusual. Have you ever accused someone of an act you were certain they committed (drinking the last of the milk in the fridge) only to discover later you were wrong?

When the error is seen, it is often a huge relief, sometimes it’s a shock and at other times quite funny.

And this pretty much sums up how people respond when they become alphabetically integrated: relief, shock and mirth – but to a far greater degree.

Discovering you were wrong about who drank the last of the milk is a small perceptual revelation, becoming integrated on the other hand,represent the collapse and resolution of some pretty major attitudes and beliefs.

The end result is that complex challenges, limitations and dilemmas resolve (without years of therapy, medication and expense.) Speaking from science, the method triggers the brain wave pattern(s) of distorted perception to collapse upon themselves bringing us to the level of the Zero Point field in which, well challenges, limitations and dilemmas are already resolved. Cool stuff. 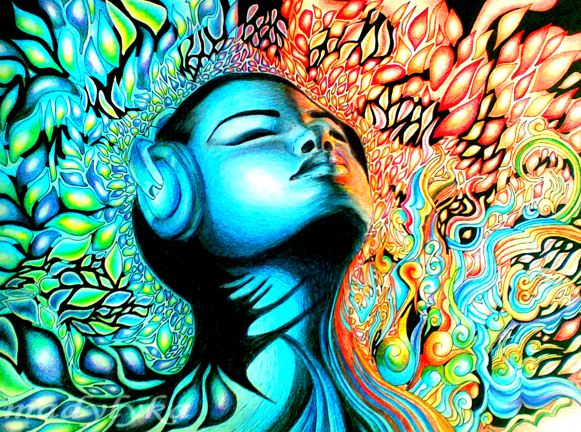