No, but please read on.

In the two contradictory tendencies of living systems we have the stability of homeostasis (order) and the instability of chaos (disorder) – and how when each do what they are supposed to do, with an assist by The Alphabiotic Method, wonderful things happen.

Self-organization theory of modern physics proposes that complex systems (such as the human body) have an innate internal organization. Homeostasis is the term we use to summarize the complicated adjustments our body-mind constantly makes to maintain that order. Whatever the stress, the homeostatic mechanism relentlessly attempts to return to the safety of home.

Chaos theory is a way of showing the unique patterns that are hidden in apparent disorder. In specific, it helps explain how living systems are capable of phase shifting beyond the protectionism of homeostasis into a state that is surprisingly even more orderly, read that – better than before. According to the chaos theory, the internal organization of complex systems can shift very quickly, with just a very small random input from outside the system. The input increases the complexity of the state. At a certain point, a shift can occur which at first appears to be energetic and disorganized, as if the system is attempting to jiggle into a higher order and organization.

It’s a description that runs parallel to the Alphabiotic experience. Is the Alphabiotic Method, then, a way to trigger a chaotic state, not by a random input, but by a practical and repeatable physical process? The Integration is like a big surprise. It serves as a massive sensory communication (input) that homeostasis is often not prepared for, a way of literally ‘pulling out the rug’ – interrupting the current pattern (stress|shock) and shifting into a new and higher state of expression (a higher expression of your genetic blueprint, a newer version of you). Analogous to shaking up a snowglobe, the system then re-settles more organized and beautiful.

So you see, on each subsequent visit, the “new” version of you that is now laying on the alphabiotic couch, is receiving the integration for the very first time – getting jiggled up once again to a newer version of you. 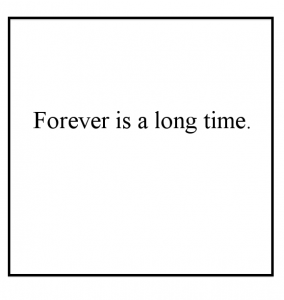